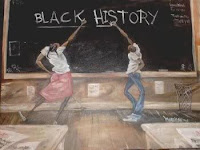 As we celebrate Black History this month, I reflect on the positive historians who have paved the way both nationally and locally. Many of us have ancestors who have sacrificed much of what they had so that we could excel in life. It wasn’t too long ago when segregation was a way of life. I listen to stories today that my mother experienced growing up in South Carolina. Of course racism still exists, but we must acknowledge the strides we’ve made in the past forty years.
In this issue, I present an interview contributing writer, Renarda Williams, conducted with Roland Martin (CNN correspondent) and another with Earl Hutchinson (political analyst). Both discussions center around one leader, the President of the United States of America, Barack H. Obama. Although it's been one full year since President Obama has been in the White House, it is still a tell-tale sign of just how far we’ve come through racial barriers.

Before Barack Obama there was a young Civil Rights leader who fought until the end of his life. I ask that you view a short video posted below, recorded the night before Dr. Martin Luther King Jr.'s murder. Many of you may have heard this speech or snippets thereof, but I think it still speaks volumes today. As I listened to Dr. King's words, I was reminded of Moses  in the Old Testament. When you view, I ask that you pay particular attention to the last words spoken just as the video ends.


Later in this issue, read about a new faith-filled entry in The Testimony Corner. Have you ever faced foreclosure? More bills than money to pay them? Well, Victoria Poller, a bold soldier for Christ shares her personal experience and how she made it through—victoriously.
__________________________________________________
Roland Martin: Behind the Scene with the First African American Presidential Candidate
By Renarda Williams

A behind-the-scenes look at coverage of Barack Obama’s historic road to the White House is featured in Roland S. Martin's third book, The First: President Barack Obama's Road to the White House. The book, which Martin co-published with Third World Press (January 20, 2010), marks the one year anniversary of President Obama’s term in office.
Martin, a journalist, CNN commentator and host/managing editor of TV One’s Washington Watch With Roland Martin, gives an up close in-depth look at his coverage of Barack Obama, the first legitimate African-American presidential candidate in American History. Martin takes readers along with him as he interviews Barack and Michele Obama; individuals who invested in Obama’s campaign; and notable black celebrities and scholars such as Spike Lee, Michael Eric Dyson, and Cornel West.
In a recent interview, Martin talked about his feelings covering the first African American presidential candidate; his assessment of President Obama’s first year; Obama chances of winning another term, and the message in his book. 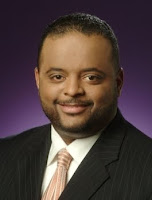 RW: Was covering the first African American presidential candidate a milestone in your journalism career?
RM: Absolutely! I had an opportunity to be able to cover the ins-and-outs of the campaign. It was always amazing to listen to journalism icons like Vernon Jarrett, Lerone Bennett and Sam Lacy talk about covering some of the major stories of the 20th century, such as Jackie Robinson breaking the baseball color barrier, Muhammad Ali's rise to become heavyweight champion, and the Civil Rights Movement. Covering the eventual election of President Barack Obama was on par with those historic achievements. It was the first presidential campaign I have covered exclusively. To have a front-row seat at history was amazing.
RW: What is your assessment of Obama’s first year?
RM: First, no one with any common sense should expect Obama to address all [of America’s] issues in his first year of office. Second, I give Obama a ‘C’ or an incomplete … due to only having one year in office. We have to appreciate what Obama has done for the stimulus package, health care, and foreign policy.
RW: Do you think Obama can win another 4-year term?
RM: Obama has a 50/50 shot of winning a second term. You really cannot say or make a judgement he will win another term.
RW: What is the message you want readers to know about your book?
RM: The book serves as a historical record of Obama’s campaign. It was also amazing to go back and talk to individuals who hit the campaign for then-Sen. Obama, and get an understanding of their motivations [and how] they felt as the race went down to the wire and history was made.
Martin is a senior analyst for the Tom Joyner Morning Show, providing daily reports for the program. He is also a syndicated columnist for Creators Syndicate.
~   ~   ~
Earl Ofari Hutchinson on President Obama's First Year in Office
By Renarda Williams

A “no-political-holds-barred” look at America’s first African-American president, Barack Obama, and his first year in office is rendered by author Earl Ofari Hutchinson in his new book, How Obama Governed: The Year of Crisis and Challenge (Middle Passage Press, January 2010).
Hutchinson’s provocative book is a constructive critical analysis of Obama’s ability to handle the rigorous task of governing the United States during his first year in office and for the next three years.
He focuses on the issue of whether Obama kept his campaign promises of improving America’s economy, educational and health-care systems, environment, and foreign policy. Hutchinson also addresses how Obama withstood the onslaught of attacks and counterattacks from the GOP and Democrats over his polices (particularly the battle over health care and resurging the nation's economy); racial attacks; and his handling of the war on terror and the Haitian disaster. Hutchinson’s challenge to Obama is to take control of his presidency and lead the nation to a successful recovery of its domestic and foreign policies.
Recently, Hutchinson was interviewed about the message of this book, Obama's mark in American History, and his assessment of Obama's actions in Haiti. 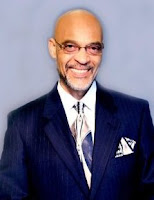 RW: Is the message in your book, How Obama Governed, geared toward what looms for President Obama if America's domestic and foreign policies does not improve in his term of office?
EH: Yes and No. Yes, in the sense that those same battles will continue to be fought as well as others during his remaining years in office and his political fate hinges on his success (or failure) in those fights. No, in that it was a retrospective look at the major battles that Obama fought his first year in office, and the successes (or failures) that he had in fighting them.
RW: Do you think President Obama's mark in American history was to show America and the world that black people have had the intelligence to become president?
EH: Yes and No. It was arguably a racial breakthrough for him to win and to get substantial white support. No, in the sense that it did not mean that … whites have totally shed their racial blinders (bigotry). Many still have the same stereotypical views of blacks, especially young blacks. Obama won because he appeared to be a black man who wasn't a black man.
RW: What is your assessment of Obama's actions toward Haiti? Good or bad?

EH: Time will tell on Haiti. The good thing is that Obama learned from Katrina and responded quickly to the crisis. The real question is what will the U.S. do when the immediate crisis passes? Will it provide the substantive relief and reconstruction effort to make Haiti a democrat, self-sufficient nation and not a ward, vassal -- or worse, plantation -- of U.S. foreign policy and the U.S. military?
Earl Ofari Hutchinson is a nationally acclaimed author and political analyst in Los Angeles, CA. Hutchinson is the author of 10 books on race and politics in America.
___________________________________________________
The Testimony Corner
"Wait on the Lord"

“FORCLOSURE” — it’s an ugly word that no one wants to hear, especially when it’s directed towards them. Since Oct. 2007, my family & I lived in a 27 ft. RV; that’s 3 adults, one little bitty baby and a dog. During this time of confinement, we had to survive on limited supplies of clothes, food and the storage space was interesting. Some of our stuff was in our stored moving van (thank you ABF transport Co.), some was in a rented shed and some was kept over my in-laws home and their shed. Our possessions were all over the place and costing us money; yet God gave us favor during that time.
We continued to serve in church. No, I did not always want to raise my hands during “Praise & Worship” services (see ‘Lifting Holy Hands’, “Where Did That Come From? – Revised”). No, I did not have a “pity-party” (well, I tried not to because God took my invitation list), but I had to confess God’s Word daily, and continue to fellowship with the saints. When you allow God to help you get your joy back you don’t fall into “depression” which could have been very easily done. It’s always good to remain social and not continually think about yourself and your dilemma.
Today, God has blessed all of us with a beautiful new home to continue to serve Him in. We are getting out of debt from the move, and all it took was time for God to move in our behalf and a little TBR (Trust – Believe – Receive) from us.
Read the complete testimony on Ms “V”s Blog; http://www.victoriapoller.com/
___________________________________________________
In Closing,

Thank you for reading and please consider sharing with others. I believe that there are many who can benefit from the insightful interviews by Renarda Williams as well as the encouraging testimony from Mrs. Victoria Poller. God is so awesome. African-Americans have come a long way, but we must remember that it is not man who advances, it is God. The more we understand that it was never about us, the better off we, all people, will be.

To submit a testimony or an article for contribution, please email me at renee@reneeallenmccoy.com
Posted by Renee at 8:30 AM 2 comments: