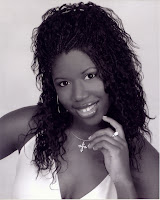 From the Archives...This was one of the first issues sent out in 2002. All other past issues are posted through the group's site. To view, join the mailing list through Yahoo! groups.
Greetings! Welcome to the debut of Straight Up! Review
This newsletter begins with intentions of expanding into a printed Christian Magazine. As it is in its first stages, I'm growing and learning the areas in which I may need to improve. As a focus, I've shared with others my interest in exploring the areas most talked about, and by far most controversial. This issue is the first of many to come, but not limited to its current contents.
__________________________________________________
Straight Up! Review--a newsletter
Volume 1 Issue 1 November 2002
Feature Topic: Sex and Religion
In today's world there are many standards of what we as human beings should do and shouldn't do when it comes to our bodies. There are stereotypes made when concerning are dress and code of conduct. Have we been reduced to embracing the world's standard of what we should be? Is there one single person who can say that each individual should or shouldn't behave a certain way? God has created us all as unique individuals in His own image and have purposed and destined our lives according to His will. If some or even every one of you agrees with this statement, then why are many of us constantly living lives based on what others say or what's naturally accepted in society?
I'm not sure that everyone reading this is a believer that Jesus Christ is Lord and Savior and it's really not my job to make you believe He is just that, instead I'm positioned to acknowledge that there is a thirst to know more about a supreme being. (Ezekiel 3:17-21) In the course of everyone's life, situations arise and what has to be the most controversial and trivial subject matter to date among believers is the issue of having sex before marriage. Do you think that God created sex?
Of course He did. God created sex as a wonderful enjoyment for us all to engage in within the confinements of marriage. Yes, within the confinements of marriage. (Hebrews 13:4) Often, you'll hear critics, non-believers, and "believers" as well debate back and forth as to what that really means. You'll hear some argue each other down about what's right and what's wrong, what's acceptable and what's not. But what is acceptable? What is right? What is wrong? Who's to decide?
Well the answer is clear and simple, God makes the final decision whether we choose to adhere to it or not. He's the One who ordains what's right or wrong. He has set forth a guide book to life, the Bible, and expects us to follow it and not take anything away from it or add anything unto to right? He did say this, right? (Rev. 22:18-19)
So many times when things don't go our way, we blame others. Why is that? Why do we so often point the fingers at others rather than at ourselves? Isn't it time for self-examination? Isn't it time for us to step up to the plate and admit to ourselves that we are really human beings and do fall short of the glory of God? No one is excluded and put in certain classes, but some of us seem to think that way. God is calling everyone to accountability. He is calling His people to recognize the errors of their ways before it is too late. And no man is exclusive of this.
Throughout the times of man, many have risen up and proclaimed the Word of God. In conflict, many have risen up and defamed Him at the same time. I've recently read an article about a reverend stating that its okay for young women (no mention of men, but that's understood) to engage in sex and openly express their feelings without becoming frustrated. This reverend goes on to say that the Bible is "ancient biblical text." If you are a true believer, why make excuses for the situations encountered? Why twist scriptures of the Bible to fit your own lifestyle? If the Word is one way and you're going in another direction, some things have got to change. And guess who's got to do the changing?
The focus of sex and religion is almost being commercialized. Statements are made such as: God loves me; He'll never put me in hell for this. What I'm doing is not as bad as what he/she is doing. I'm young; I have my whole life ahead of me. At least I'm not out there selling my body. Guess what, many of us out there are selling our souls. I had to take a look at my own life and make some changes as no one's excluded. It's one thing to repent, asking God for forgiveness of our sins, but it's something totally different to feel no remorse for your actions. Asking for forgiveness is the way to salvation, not denial. We all must admit and own up to our vices and then take them to the Lord. He'll forgive you if ask.
Some people are saying right now that I'm just another fanatic trying to get people to come to Christ. If you're not a fan for Jesus, then who are you a fan for? (Matthew 7:26)
Scripture taken from the New King James Version. © 1982 by Thomas Nelson, Inc. Used by permission. All right reserved.
Renee Allen, author of The Kiss of Judas
http://www.reneeonline.com/
Questions or comments, please reply to write1renee@yahoo.com
Next issue will feature responses from the public, feel free to reply.
Posted by Renee at 9:30 AM No comments: